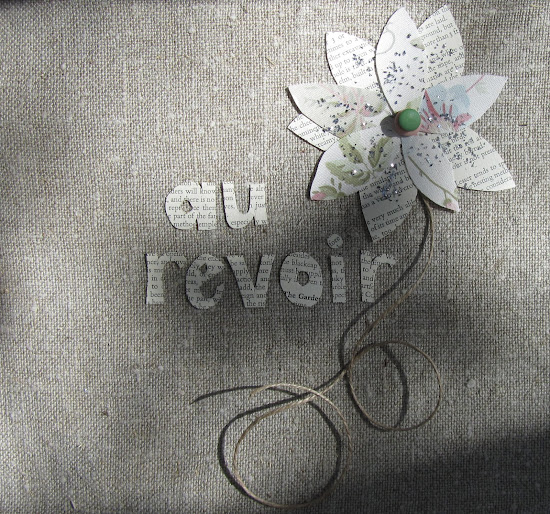 While it's the small, simple pleasures in life that make my heart beat a little faster, I have to concentrate on the big picture right now.

As much as I'd love to continue the blog, I'm going to put it on hold for a while. Nothing's wrong, I just can't give it the attention it needs to satisfy me, so I'm walking away for a bit rather than do it half-heartedly.

I'll still be around and popping in to all my favorite blogs. Just won't be posting here.

Hope to be back one day as it's been a real pleasure. x 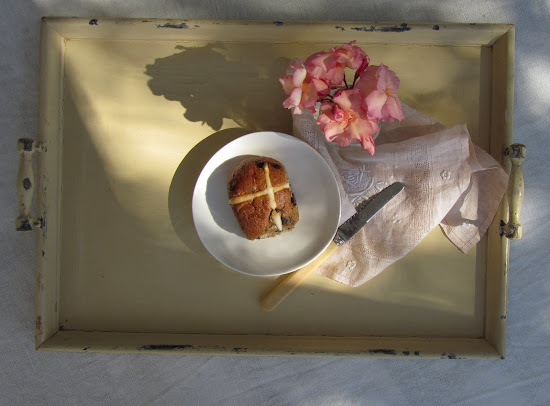 One of the many good things about having a bike with a basket is that when I spot something dumped in the street, I can scoop it up and leave the scene of the find quickly. So this Easter I'll have my hot-cross buns on my lovely new-old wooden painted tray. 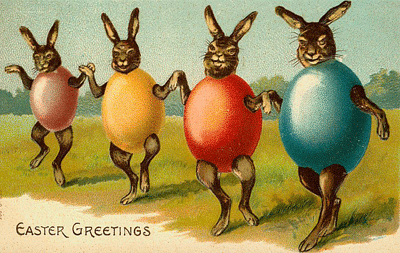 School holidays also begin tomorrow and as such I'll be popping in only intermittently over the next couple of weeks.

Tomorrow we're off to a friend's house to bake hot-cross buns, the smell of which will be heavenly. In the lead-up to Easter, though, I've been adding the odd hot-cross bun to The Child's lunchbox as, like me, she's a big fan. What she doesn't know is that the hot-cross buns she's been enjoying are from a company called Ancient Grains and made with wholemeal flour. Unless you knew, you wouldn't pick it. I figure a little fibre before the onslaught of chocolate come Sunday can only be a good thing!

Have a lovely extra-long weekend. x 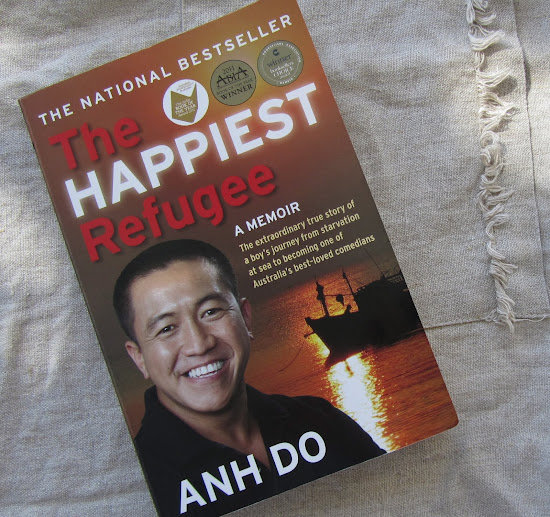 What a lovely little book this is. It's hardly new, I know, but I've just read it after borrowing it from a friend.

I normally wouldn't be interested in a stand-up comedian's book but thought The Husband might quite like it. I decided to have a look at the first few pages - and that was it. I was hooked.

It's the story of Anh Do and his family's escape from Vietnam when the comedian was just two and the lives they made for themselves in Australia. Simply, it's a 'boat people' story told from the perspective of a 'boat-person'.

The horror of their journey is evident and I felt like I was on that rickety boat with them, breathing the putrid air inside the cabin. Their boat was attacked by pirates - twice - yet Do's father still managed to bring 39 refugees to Australia, losing one life along the way.

It's something of a tragi-comedy, and something I think every young Australian should read so they don't become anaesthetised to what the term boat-people actually represents.

The beauty of this book is that it's never depressing, even when the subject matter is incredibly sad. I may not be a fan of Anh Do's comedy routines but I think he's a gifted storyteller. And who doesn't like a happy ending? 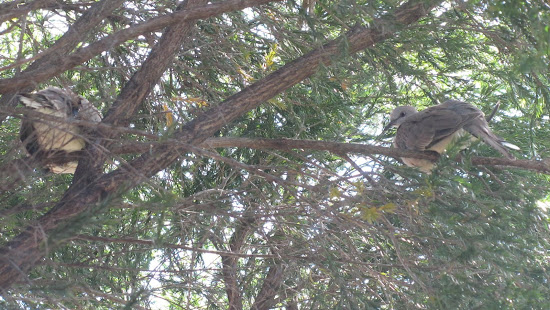 I've got rather a lot of work on at the moment, which is keeping me beak down and tail feathers up, so to speak.

It's a rather nice job with lots of words about wool and woolly events that, unfortunately, makes me want to stop working and start playing with the actual stuff.

Writing's a bit like knitting: one word or stitch at a time will result in something whole.

I figure if a couple of doves can sit in the tree outside my desk window for what seems hours on end, I can sit on my chair and keep tapping away.

Or maybe I'm trying to pull the wool over my eyes with that one.
Posted by Small Things Simple Pleasures at 1:25 PM 2 comments 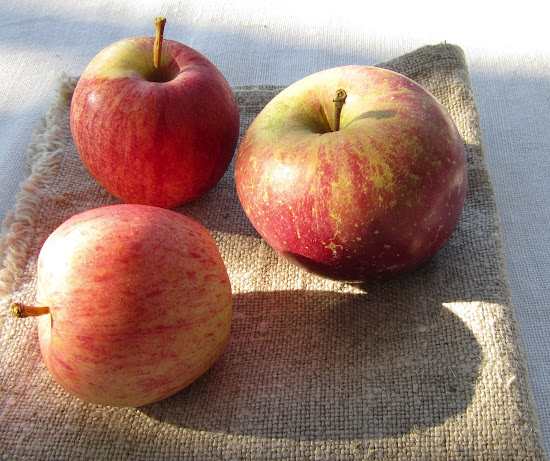 It's beginning to feel a lot like autumn around here. At the markets on Saturday, I listened as a grower told gala apple lovers to make the most of them as they're on their way out, with fujis taking their place. I love knowing what coming and going in the apple world as biting into a floury apple will guarantee I inadvertently pull the most unattractive of faces.

Made my first apple tart tartin yesterday with a mix of granny smiths and a variety of heritage green apples, which I can't remember the name of now. I'd show you, but it's already half eaten.

I noticed even the local Woolworths supermarket has erected a big seasonal list of apple-picking seasons, which I suppose is good but I saw people buying apples the other day that even Woolworths admits must have been picked last July. Each to their own. 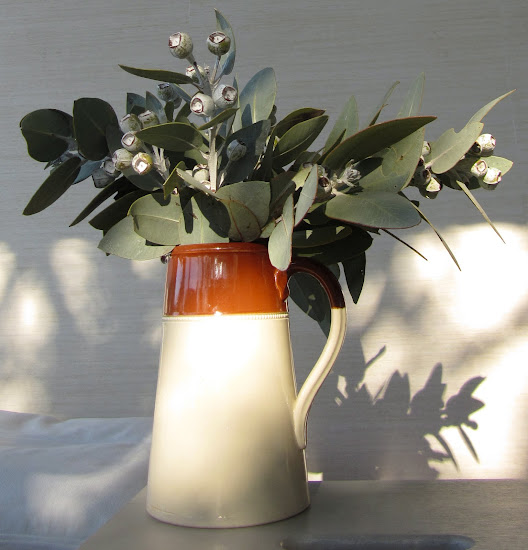 We're starting to close the doors on cooler evenings, which is rather nice when the house is full of fresh eucalyptus as it is at the moment as it gently scents the air. 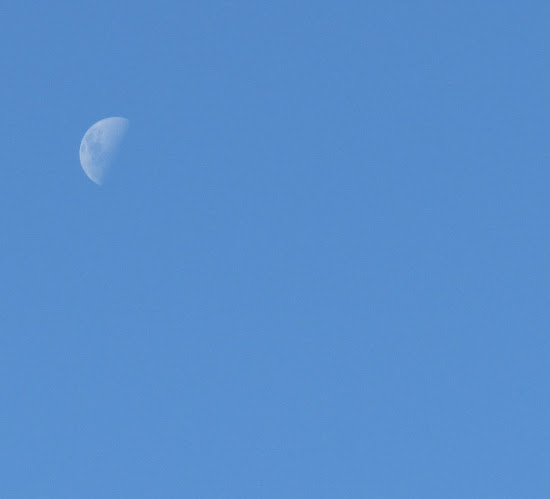 Goodbye daylight savings. Until next year.

Posted by Small Things Simple Pleasures at 11:50 AM 1 comments

Small Things Simple Pleasures
I'm a magazine journalist and homebody who's combining these two skills (if homebodying can be considered a skill) in this blog. I've been a regular contributor to Inside Out, deputy editor of Australian Country Style and the homes editor of Notebook. Right now I'm enjoying working on my own projects.